How C4CC has been engaged with the LCP, Managed Retreat and high density housing 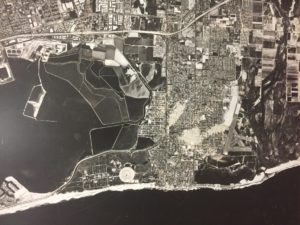 This plan as presented is extremely flawed.

First, read calls out stormwater to enter the sewer system….I think this is not to building code and is a very bad practice. This is the same system that Tijuana has where sewer and storm drain is put together and the result is a sewer system that is overwhelmed when a rain event occurs.

The second thing that seems strange is that there is no mention where the funding for this project comes from ….. it brings up questions of exparte meetings which are outside of the public realm of a comment.

Among the many problems with this plan is the fact that there is no public input as to why we want to decrease the vehicle lanes or add bike lanes when every day we see there’s actually no one using the existing bike lanes …..? why would we put in bike lanes and restrict vehicle traffic when the existing roads provide an easy way to get in and out of Imperial Beach.

Additionally, why would we decrease the distance from vehicles and bikes? This plan actually causes increased congestion in our streets and makes it harder for people to get into and out of the city in an efficient way.

Could the City of Imperial Beach please provide where the funding for this project is coming from?

This is another example of how outside agencies have more input and control of our local government officials than the citizens of Imperial Beach.