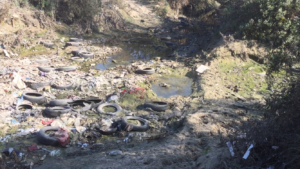 The citizens of the South Bay coastal communities of Chula Vista, Coronado, Imperial Beach, Nestor, and San Ysidro may not know it, but in the next year or less, they will face some critical decisions.  The decision we make today will in 20 to 30 years either make our hometowns clean vibrant places to live or on the other hand the Tijuana River Valley (TRV) river/ocean environment will be so polluted that it will have a detrimental effect on our health and that of future generations.

If we think about long term decisions almost everyone who has lived for any length of the time wishes they could go back and change the decisions they made 20 or 30 years ago.  We all have said “if I only knew then what I know now” we could have made better decisions which would have totally changed our life and the future of my family. It is no accident that as we grow older, we make better decisions.  Obviously because of experience we have a deeper understanding of what works and what does not work. The same type of experience rests in the historical documents and in the memories of local residents of the South San Diego Bay communities.  We all know from the experience of how our ocean and river quality has been degraded since the late 1990s. With the construction and introduction of the City of San Diego sewer outfall which was installed off Imperial Beach in 1997’ and the construction of the IBWC plant in 2004’our ocean water quality has been severely compromised.

If you have not been in the water off Imperial Beach,  are a newcomer to the South Bay, or sit in the office the myriad of government offices and cannot make an informed judgment on which approach should be taken to restore of environment then mother nature is giving us signs that we have big problems.  These are called indicator species and when the basic life forms in the ocean leave or no longer exist in our nearshore ocean and river environments we know something is killing them.  For example, before 1997’ there were living tidepools on the beach at both the north and south jetties in Imperial Beach.  At that time these tidepools along the boulders had abundant crabs, sea anemones, chitons, seaweed, lobster and small fish of all types. According to Joe McCurdy who fished off these same jetties as a kid “bucketful’s of fish” were to be had by teenagers and young adults. Along with the seasonal grunion runs at certain times of the year, you could catch squid by hand in the surf-zone.  Offshore we had abundant fish and kelp beds.  The anchovy and sardine boats would scoop up boatloads of baitfish which would be less than one mile off our coast.  Unfortunately, now the tidepools and the abundant life that once existed are now vacant and the seaweed-covered boulders are barren.  A little farther offshore the thick kelp beds are depleted and the abundant anchovies, mackerel, and sardines that once existed in them are gone.  Ask yourself how many anchovy or sardine boats have you seen in the last 10 to 15 years?

The Tijuana River Valley (TRV) also has indicator species that tell us the health of our valley environment.  Before the early 1970s the TRV had abundant quail, lizards, horny toads, nighttime bats, tunnel dwelling owls, ducks and birds of all types.  During this same time of abundant life in the TRV, before the 1970s,  much of the land in the TRV was used for dairies and growing crops by early Swiss families with surnames such a Egger, Hofer, and Zumstein. Also, in prior years abundant horse racing ranches stabled some of the greatest horses in history with names such as the legendary Australian horse “Farlap” and perhaps the greatest race-horse in history “Sea Biscuit” were stabled in the TRV Valley.   There were also gravel and sand production facilities such as Nelson and Sloan.  Interestingly at that time, to the benefit of the environment, the sand and gravel operators along with the farmers use to clean up the river channel by running their tractors to create a defined channel in the TRV.  The benefit of these defined channels to the environment was that it allowed water from storms to race down the TRV and carry all the sand and sediment quickly to the ocean.  As then, as is now, this is part of the Best Management Practices (BMP) for mosquito control.  One of the main principles of mosquito control (Vector control), discovered during the building of the Panama Canal, is that to prevent mosquitos no standing water should be allowed. Unfortunately, this natural symbiotic, system of stormwater management practiced by the farmers in harmony with the environment was destroyed in the early 1970s.  State and federal authorities, who do not live here, issued citations and cease and desist letters to the farmers and the sand and gravel operators in the TRV to stop the practice of stormwater management.  These government agencies were convinced, by a few environmental zealots, that this practice of stormwater management by the local farmers was harmful to the environment.

With now more than 40 years of experience behind us, what is the result of these environmental zealots management practices to the health of the Tijuana River Valley?  The TRV natural environment in both the water and sediment transportation system is severely compromised.  The once abundant quail, lizards, horny toads, and tunnel dwelling owls are gone.  The insects which would feed the nighttime flying bats are in such low numbers that the bats are gone. These bats are critical to the lifecycle of nighttime flowering plant species which use to cover the north-facing hillsides of the TRV.  Because the bats are gone these types of plants are now almost non-existent. These large plants with there root systems would hold up the sediment from coming down the hillsides.  The result of losing these plants is more sand and sediment in the river.  The standing water which now contains sewage does not run quickly to the ocean instead it sits in large ponds under Hollister Road. During the hot part of the day, the smell from this sewer pit will make you gag.   Worst yet for the TRV environment, the standing water now requires county mosquito control. Over the years has sprayed Malathion from helicopters on repeated occasions and now “Vector Control” spreads granulated mosquito pellets in the water to try and stop the mosquitos.  However, many of the insect species specifically the bees, monarch butterflies, dragonflies and numerous other insects that drink the same water.  As a result of these water base the granular biocides almost all the insect’s reproduction cycles are severely compromised and from my experience about a third of the insects do not reach maturity.  It’s pretty clear to understand why the once abundant quail, lizards, horny toads are gone that because these insects provided their basic food source.  Same too for the tens of thousands of migrating birds and waterfowl who once overwintered in the Imperial Beach Estuary.  The large shoals of anchovies and sardines that they depended on, off Imperial Beach and Coronado are gone because the water quality can no longer sustain them.  Now, these same migrating birds go to the Salton Sea other places where the food and clean habitat exist.

Currently, there are two opposing sides on how to clean up the TRV and reduce the impact of the 40 million gallons of sewage currently being dumped off Imperial Beach.[1] One group is led by the same environmental zealots who got us into this mess in the early 1970s.  They are proposing increasing the sewage outfall from the current 40 million to over 100 million gallons a day.  The other group, Citizens for Coastal Conservancy (C4CC), is calling for the long-term reduction of all sewage being dumped off Imperial Beach in the next 10 years.

Currently, in Washington, the two opposing parties have both agreed on one thing.  Infrastructure.  Recently a 4 trillion infrastructure spending bill has been approved.  We can use this spending in the Tijuana River Valley to restore our environment both on land and our coastal environment.  Many people don’t know that over the last 12 years the United States has spent over 75 billion on environmental restoration.  Of these restoration project close to 90 percent have failed to reach their objectives.  The solution to restoring our river valley and ocean environment may be to use our experience learned over the last 40 years and be humble enough to realize the practices now being utilized in the TRV are wrong.

We only have one planet, one place to live and this place of South San Diego Bay and the TRV is worth fighting for…let us not let the closed-door meetings between our government official, environmental groups or a court settlement decide our future course of action.  From our recent past, we have the experience to know that lawyers and beauracrates are not very good at restoring the environment.

In the same way, after the past 40 to 50 years of hindsight and experience, we know what has helped our river/coastal environment and what has not. Fortunately, in San Diego County we have more than half a dozen examples of coastal river systems that are clean and provide an abundant variety of recreational opportunities to the people who live in and around the Pacific coastline.  These examples can serve us of what we, the local citizens, want for the Tijuana River, the coastline and the communities which live next to the South San Diego Bay.

Below is a list of what problems we face in the TRV.

A deeper understanding of what problems are we facing in the TRV?

The problems we face are summarized as follows:

How do we clean up the river?

What have we found that works?

How do we stop cross border flows right now?

What is state of the art in Water Treatment Technology?

C4CC plan for a sustainable maintenance of the Tijuana River Valley/Clean up our Surf line/Ocean?

What are the findings of State Bill 507 and how will this affect our long term water quality?